It is never easy to contemplate the end of life. Countless people were forced to do so today, with the sad passing of Michael Menezes, an individual whom a big part of this industry considered a father figure. 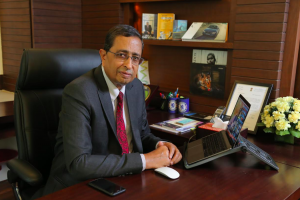 After spending the first five years of his career in the corporate world, Michael decided he wanted more and launched Maadhyam Advertising in the December of 1979. At the time, the firm was positioned as a boutique advertising agency. Maadhyam slowly drew attention and grew to be known a reputed agency, with a roster of blue chip clients including DLF, Hero Honda, Eicher, and KLM. 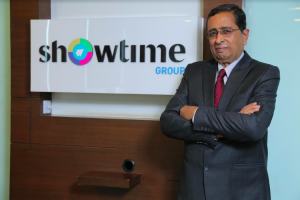 Following this venture almost two decades later, he stepped into something slightly different, but equally relevant. This was during the time the live experience industry was beginning to find its feet. And thus, Showtime was born, with a first-of-its-kind laser launch for Hero Honda. Today, Showtime is acknowledged to be the technology leader of the industry, with a reputation for pioneering almost every single technology innovation and continuously raising the bar for the Industry. Michael was also the founder President of EEMA India and was an active member of its National Advisory Council.

Today, the industry takes a moment to mourn this devastating loss. We reached out to a few industry peers and associates, and we received a few bundles of memories and a lot of respect. Below are a few testimonies to the Michael Menezes legacy. 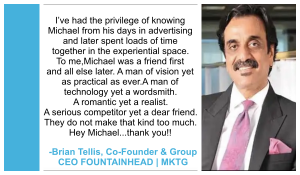 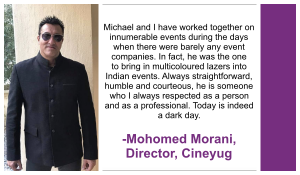 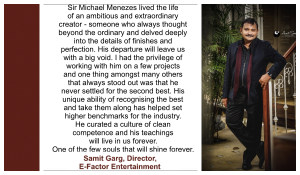 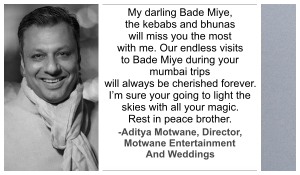 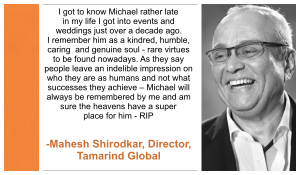 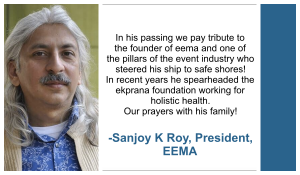 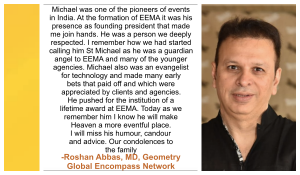 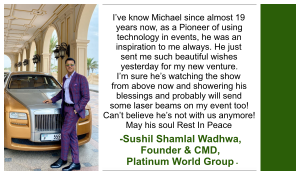 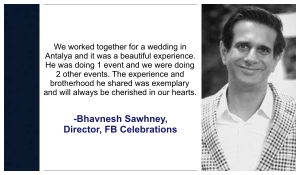 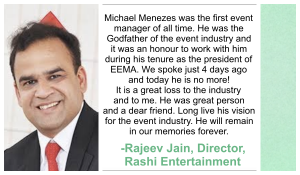 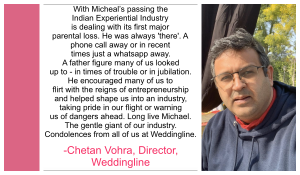 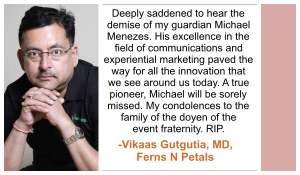 This great loss brings to mind T.S. Elliot’s famous quote, “Ash on an old man’s sleeve, is all the ash that burnt roses leave. Dust in the air suspended, marks the place where a story ended.” While Michael may be around no more, his legacy survives him.